In Between Camps installation at Juntos Aparte exhibition

The piece that started it all, In Between Camps, is featured at the Museo Centenario Norte de Santander in the exhibition Juntos Aparte / Together Apart, curated by Luis Miguel Brahim and Alex Brahim as part of the BIENALSUR the the 1st Art Biennial of South America in Cúcuta, Colombia. 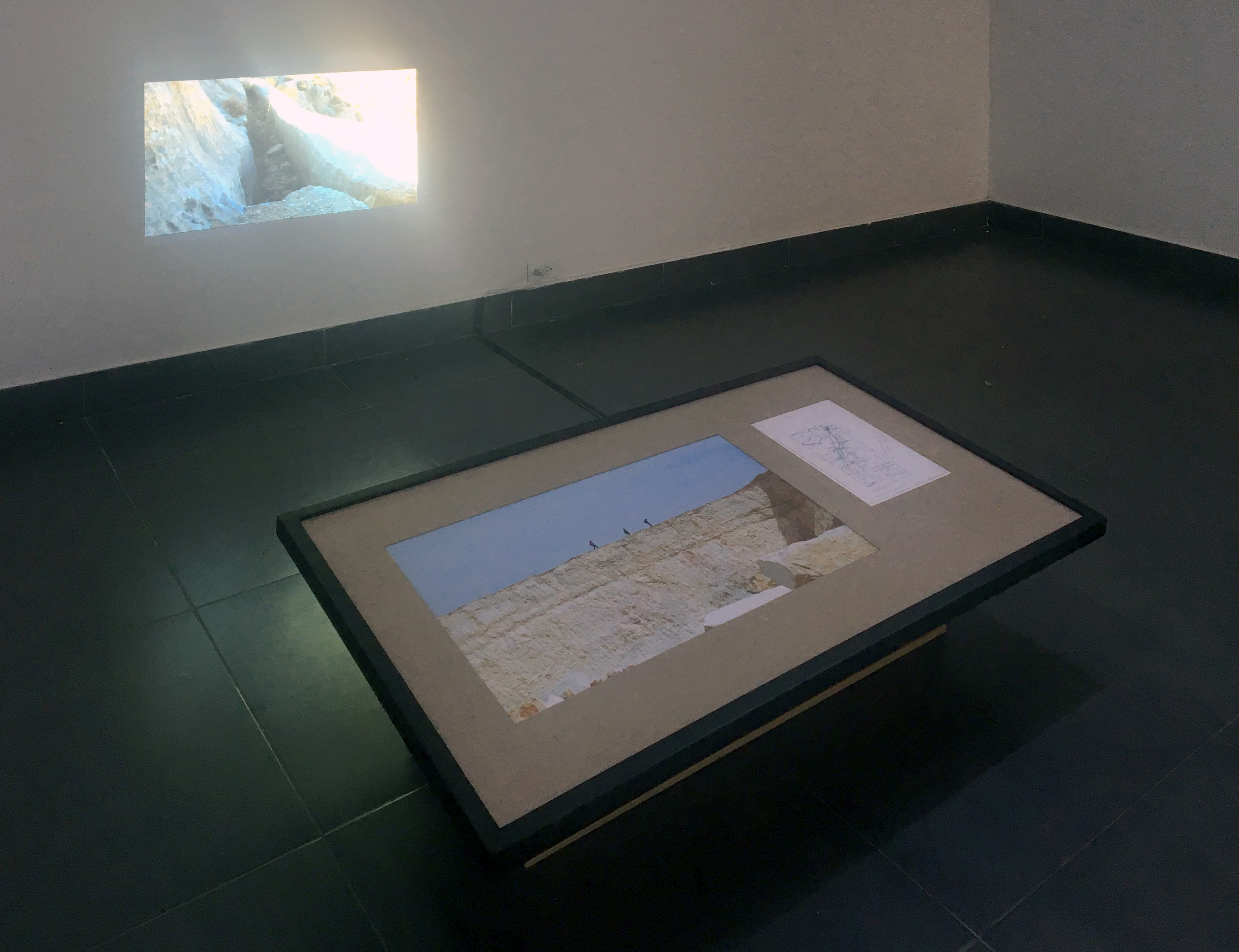 Juntos aparte [TOGETHER APART] is an answer, from the territory of art, to the emergency that is lived in the border territory between Colombia and Venezuela, at the height of Cúcuta and San Antonio del Táchira, historically the most dynamic frontier in Latin America. The closing of the passage and the slow and partial reopening have generated an unprecedented humanitarian crisis in the region, separating families and communities in an area characterised by strong bonds and brotherhood, where the border rather than the separation line has been a center of convergence. Together apart is an artistic project with authors and works of reference in contemporary international art addressing topics of migration, restriction, citizenship and mobility.

About In Between Camps
The origins of The Artist and the Stone lie in In Between Camps, a two-day walk-piece realized in Palestine, following the ground-embedded stone traces of an ancient Roman aqueduct, built to carry water from a Herodian pool (located in the Hebron area) to the ancient city of Jerusalem. The simple daily practice of ‘taking a stroll’ was extended over an expansive and contended territory as an immersive experience concerning geography, history and politics. This search for the ruins from a prior era of colonization was interrupted by the appearance of a giant quarry, literally carving out all layers of and references to geography and history.

It was during this walk that Matteo Guidi and Giuliana Racco first encountered stone quarries in the West Bank and it was also through this experience that the relationship with Saleh Khannah (The Artist and the Stone‘s local coordinator) and Ibrahim Jawabreh (the artist) was consolidated. The walk also resulted in the video In Between Camps and the publication Relations. The Artist and the Stone emerged one year later, when Ibrahim Jawabreh expressed his desire to Matteo Guidi to travel from Palestine to Spain in order to develop his artistic practice.